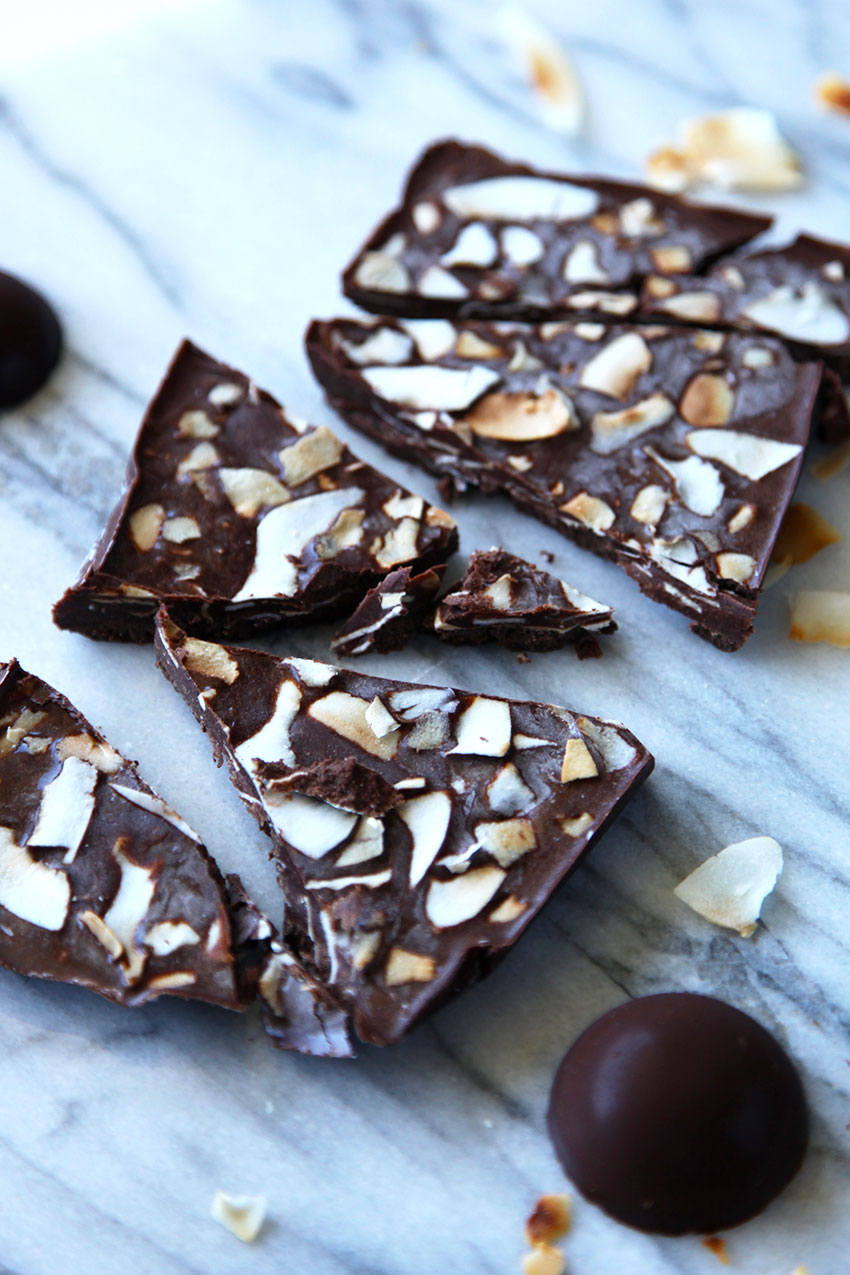 Well Easter has come and gone and I got away with it for another year.

He wanted a kinder surprise bunny and a big kinder surprise egg – its all about the toy inside obviously!  He was a happy boy but had no interest in the chocolate.  I totally ate his share and mine!

The plan was to post this healthy homemade golden rough chocolate recipe before Easter but it didn’t happen. Never mind, here it is now and its a good one.

I was super surprised at just how good this chocolate was.  It’s vegan, sugar-free, dairy-free and taste so much like a golden rough I’ve called it that!   It’s made with coconut oil, cocoa (get the sugar-free stuff from the health food store), tahini, and toasted coconut – that’s it.

Once melted, pour into a dish lined with baking paper and top with toasted coconut.  Keep it in the fridge or freezer as it will melt if left out on a hot day.  If using moulds add the coconut first and poor the chocolate over the top.

My chocolate bar was about 1cm thick. Crimp the baking paper at one end so it doesn't run to thinly.
If pouring into moulds add the coconut first and then the chocolate mixture.
If it is a hot day the chocolate will melt if left out of the fridge too long.