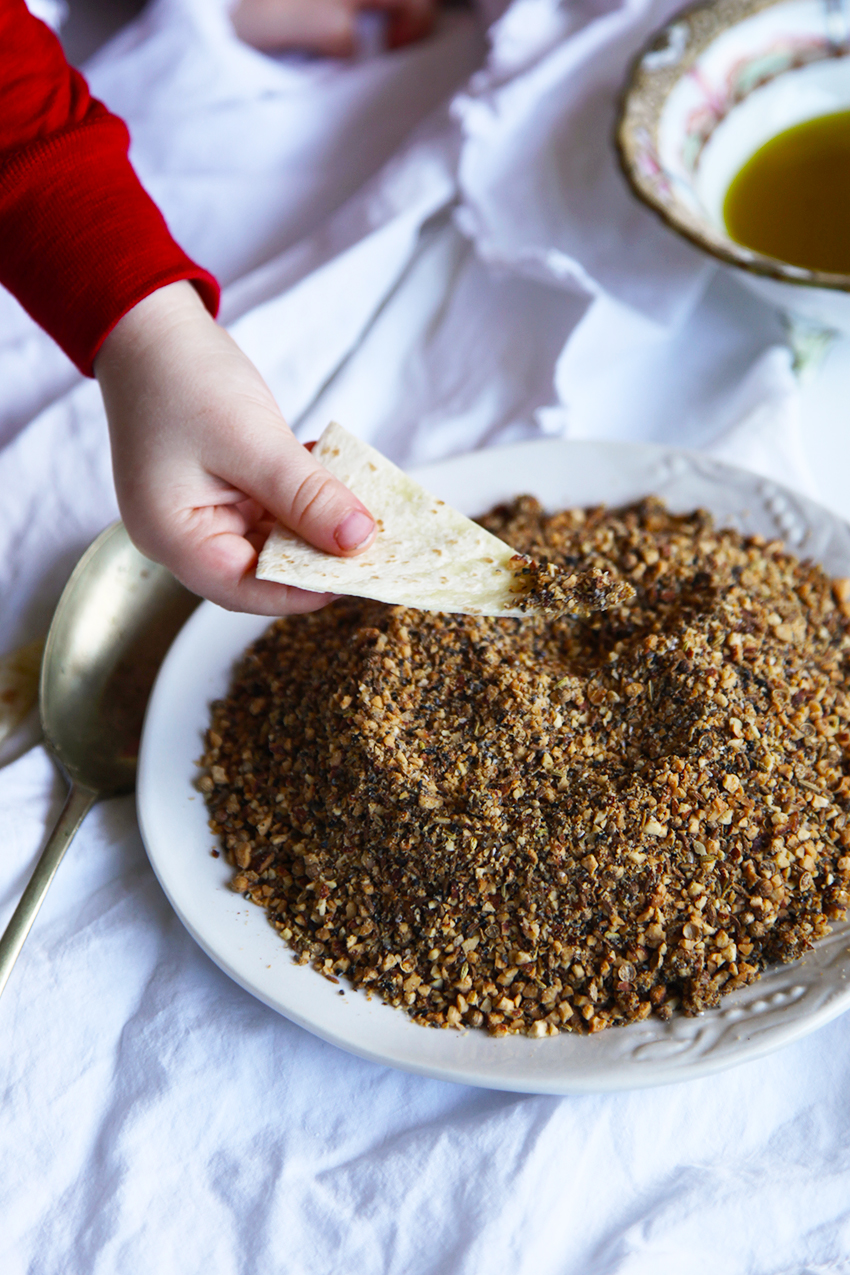 I know what you are thinking – Dukkah isn’t kids food!  Well I thought the same things, so when H and I decided to make this homemade nutty dukkah the other morning.  I wasn’t expecting H to like it.  He has never been a huge fan of cumin so I thought there is no way….

But, I turned away for a moment, came back to the table to see H shovelling it in by the handful – see proof in the video below…

I guess it just proves that their tastes change and what they didn’t like last week they may like now!  I’m sure it also has something to do with helping to make it.  So get your little one involved with the measuring and taste testing as you go.

Dukkah is a middle eastern roasted spice mix that is traditionally served on it own with bread and olive oil.  There are stacks of other uses for it and it will make your average dishes great.  See a few options below:

Will keep in an airtight container for a few weeks
If you don't have a mortar and pestle, add to a food processor and pulse until the desired consistency is reached

Preheat oven to 200 C / 400 F.  Chop brussels sprouts in half and add a good few glugs of olive oil and a few tablespoons of the dukkah mixture.  Mix coat. Roast for about 15 minutes or until super golden.  Serve