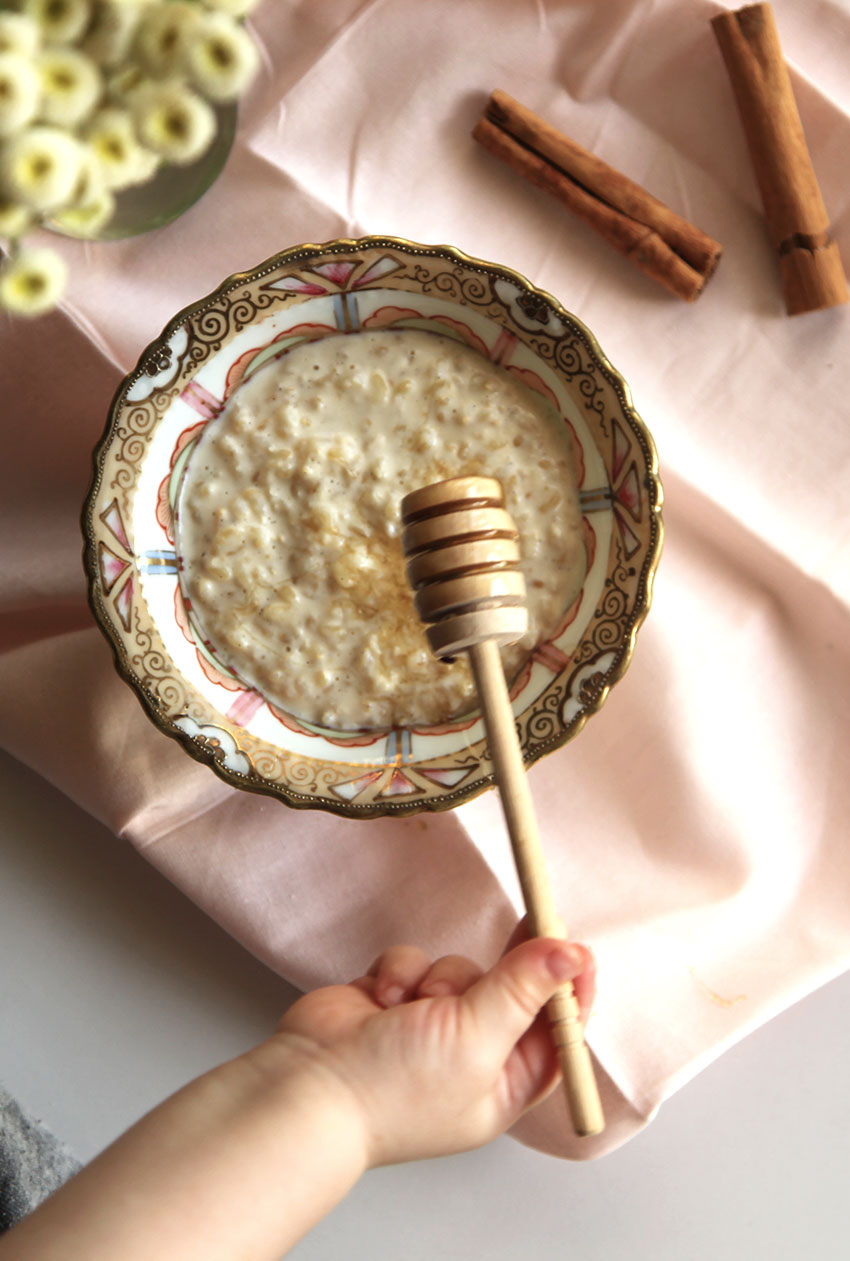 It has been quite some time since I’ve posted a true baby food recipe, so I thought I would post this old favourite.  It is a recipe that I grew up on and still love, although we always had it with sugar, and lots of it.

It is amazing how things change when you have children and start thinking about nutrition, and how harmful sugar is for us.  Harry is very much anti anything sweet, which is a blessing.  He has never had food sweetened with sugar until quite recently, and even then it is only ever a taste of a piece of cake or a taste of my dessert.

When I do make something that I know H will be eating, and that requires sweetening, I try to use whole foods such as mashed banana or cooked apples, dates, or otherwise maple syrup and honey.  He has never eaten a lolly or chocolate and it’s not because I’m keeping them from him, he’s just not interested.  He never had sweetened food as a baby or toddler, and has never developed a taste for it…

My mum often has jars of lollies on the table and H will go for them (they are pretty tempting for kids – mostly the bright colours and interesting shapes) but he will only try to feed them to me. He does give the odd one a little lick, but turns his nose up every time.

I mistakenly bought flavoured yoghurt the other day and H wouldn’t touch it.  He has only ever had sugar-free natural yoghurt, and he could smell something was wrong before he even tasted it – he stuck his little tongue out, just a fraction, and had the teeny tiniest little bit, put the spoon down and pushed his bowl away.

Basically what I’m trying to get at is, you don’t miss what you haven’t had and haven’t developed a taste for.  I know in years to come it may be a different story but for now I will keep the sugar to a minimum…

To sweeten naturally try adding a mashed banana once cooked and cooled
For little babies, add to a blender and puree until smooth. Try adding a date when pureeing for another flavour with added natural sweetener